Aishwarya Rai Bachchan has been slaying on the Cannes red carpet since years and this time too, she didn’t disappoint. For her first appearance at the prestigious Film Festival, the beauty queen gave a lesson in power dressing with her pink suit. And for her maiden red carpet appearance at Cannes 2022, Aishwarya decked up in a voluminous Dolce and Gabbana gown which was adorned with 3D floral motifs. 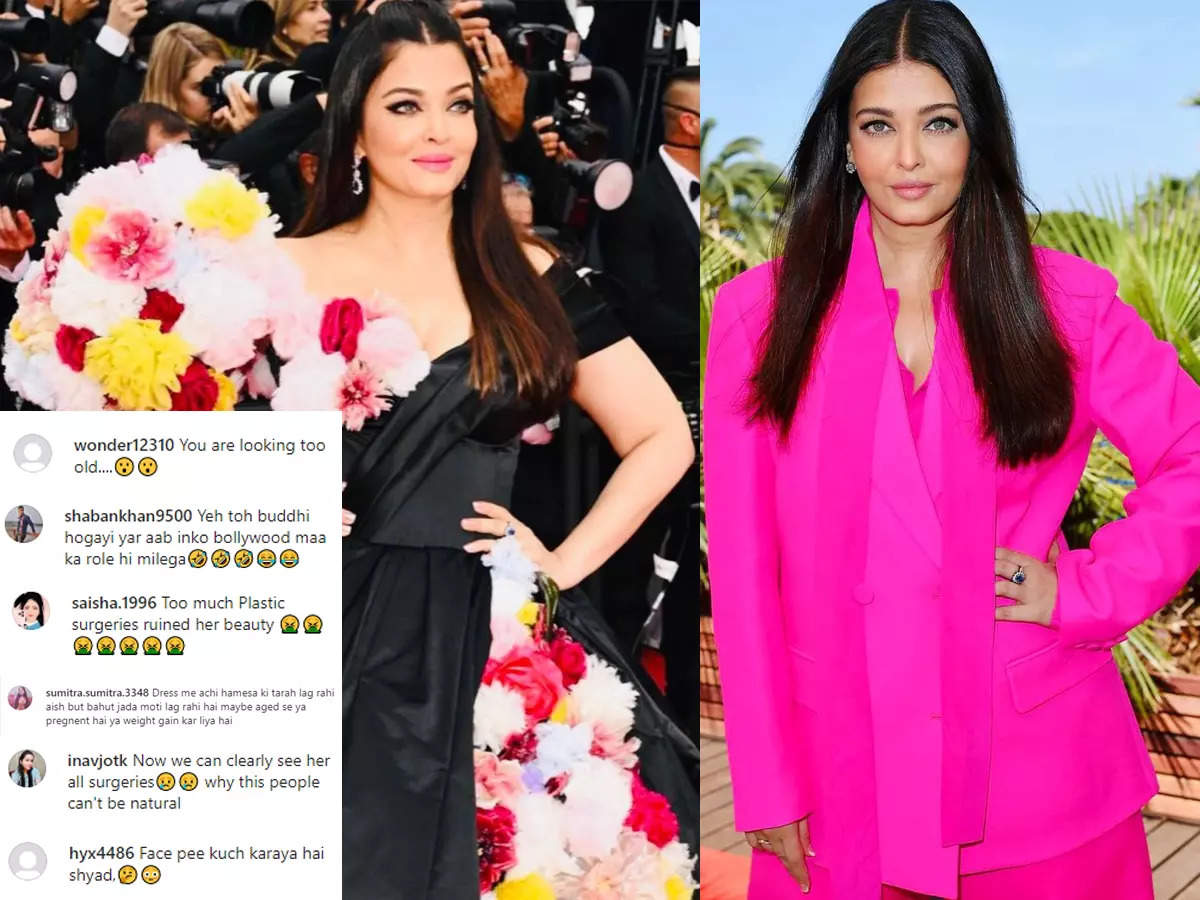 While netizens have hailed the diva, haters didn’t spare her from the trolling. Fat shaming the actress, one netizen wrote, “Dress me achi hamesa ki tarah lag rahi aish but bahut jada moti lag rahi hai maybe aged se ya pregnent hai ya weight gain kar liya hai (She is looking good in a dress as always but this time she is looking very fat, maybe she has aged or is pregnant or has gained weight).” Another Instagram user commented, “Yeh toh buddhi hogayi yar aab inko bollywood maa ka role hi milega” while a third user accused the actress of plastic surgery and commented, “Too much Plastic surgeries ruined her beauty.”