Malaika Arora is back in the game after recovering from her injury. She recently suffered a car accident while heading back home from the Pune Times Fashion Week. The diva has become quite active on social media and she has been sharing updates with her fans. On Tuesday, she shared a screenshot of her video call with her son Arhaan Khan, who is currently studying abroad. 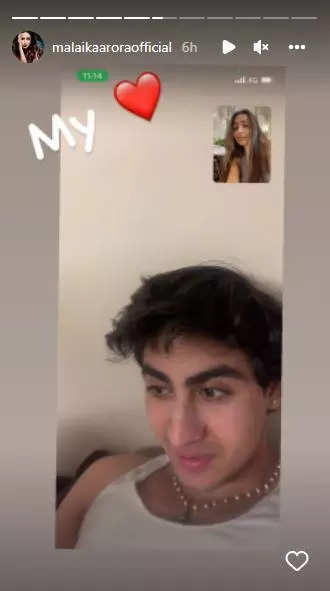 Last year in August, Malaika and Arbaaz Khan‘s son left for his further studies. She had put an emotional note along with a picture with him and their furry friend. The post read, “As we both embark on a new n unchartered journey ,one filled with nervousness, fear, excitement , distance ,new experiences …all I know is that I am super duper proud of you my Arhaan. This is your time to spread your wings n fly n soar n live all your dreams ….miss you already ❤️ #allmine#myminime💕” Have a look:

Arhaan was seen visiting his mom and dad in December last year. Malaika and Arbaaz were seen picking him up from the airport. Malaika, who parted ways with Arbaaz in 2017, is currently in a relationship with Arjun Kapoor.