Ever since Kareena Kapoor Khan made her debut on Instagram, there has never been a dull moment for her fans. The actress recently treated them with a gorgeous selfie and it is sure to drive away all your mid-week blues.

Check out the photo here: 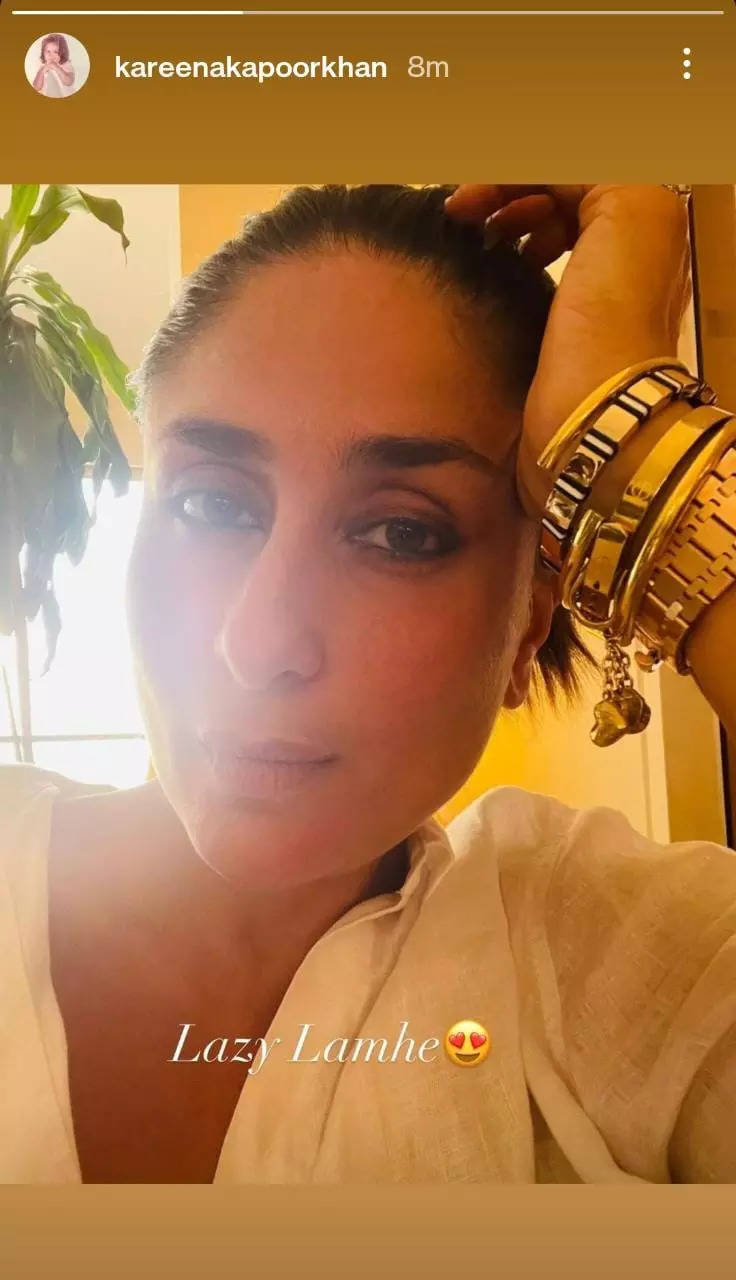 Dressed in a casual white outfit and gold accessories, Kareena looked chic and classy as ever. Her neatly made bun and kohled eyes complete her overall look. She captioned it, ‘Lazy Lamhe’, followed by a heart-eyed emoji.
Apart from her pictures, the actress is also often seen sharing pictures of her son, Taimur and Jehangir and her fans just can’t have enough of those munchkins.

Meanwhile, on the work front, Bebo is currently awaiting the release of her upcoming film, ‘Laal Singh Chaddha’ co-starring Aamir Khan in the lead role. The movie will also feature Naga Chaitanya and Mona Singh in key roles. It is slated to hit the theatres on August 11, 2022.

Apart from this, she has also been roped in for a web series with Jaideep Ahlawat and Vijay Verma in key roles. The actress also has Karan Johar’s magnum opus ‘Takht’ and Hansal Mehta’s untitled next in her kitty.