All eyes are on Ranbir Kapoor and Alia Bhatt as the lovebirds are all set to tie the knot this month. Preparations are currently underway.

While we are waiting for an official confirmation from the couple and their families, Soni Razdan’s friend and co-star Ila Arun took to her Instagram handle to congratulate the to-be mother-in-law. 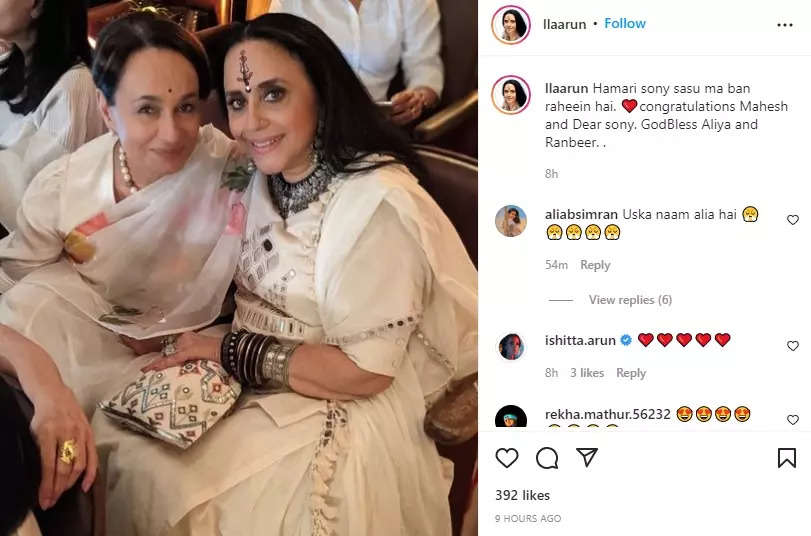 Soni and Ila have starred in movies such as ‘Sheeshay Ka Ghar’, ‘Trikal’, and ‘Mandi’ amongst others.

A source has exclusively informed ETimes that Ranbir and Alia’s wedding functions will be held at RK studios which will be followed by a function at RK House in Chembur. The source also added that even though there is some construction work underway, there is ample space to accommodate the guests, bouncers and other staff along with sufficient parking area at RK Studios.

Ranbir Kapoor and Alia Bhatt started dating way back in 2017 when they met on the sets of Brahmastra. The two went on to make their relationship official in 2018 when they appeared together at the reception of actress Sonam Kapoor.