Varun Dhawan treated his Instagram followers with a glimpse of his day on the sets. Posing shirtless, the actor was snapped reading the script and enjoying coffee in his vanity van. “Go get it. But first get some coffee,” Varun had captioned the pictures. 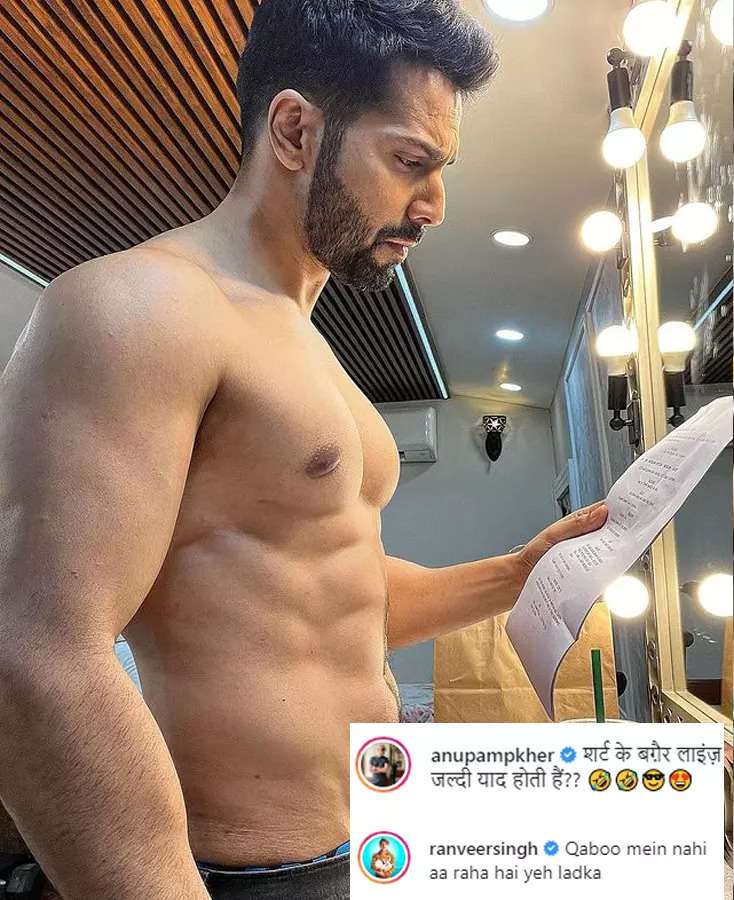 On the work front, Varun Dhawan’s next offering if family drama ‘Jug Jugg Jeeyo’. This Raj Mehta directorial features Anil Kapoor, Neetu Kapoor and Kiara Advani in the lead roles with Prajakta Koli and Manish Paul essaying pivotal parts. ‘Jug Jugg Jeeyo’ is slated for release on June 24, 2022. Apart from this Varun will also be seen in ‘Bhediya’. This horror comedy is directed by Amar Kaushik and features Varun and Kriti Sanon in the lead roles. This entertainer is slated for release on November 25, 2022. The actor has also joined forces with Janhvi Kapoor for Nitesh Tiwari helmed ‘Bawaal’.