Amber Heard is defending herself in a $50 million defamation lawsuit filed by Johnny Depp. The ‘Pirates Of The Caribbean’ actor has accused her of fabricating her domestic violence allegations to advance her career. The actress has counter-sued Depp for $100 million.

Now, according to a report, Amber’s name on Google’s IMDB page has been changed to Amber Turd. The changes were not seen on the IMDB’s website but only in the search results of Google. However, now it has been corrected.

This happened after Depp recently stated that he had found human faecal matter on his side of the bed when checked into his home on Amber’s birthday in 2016. 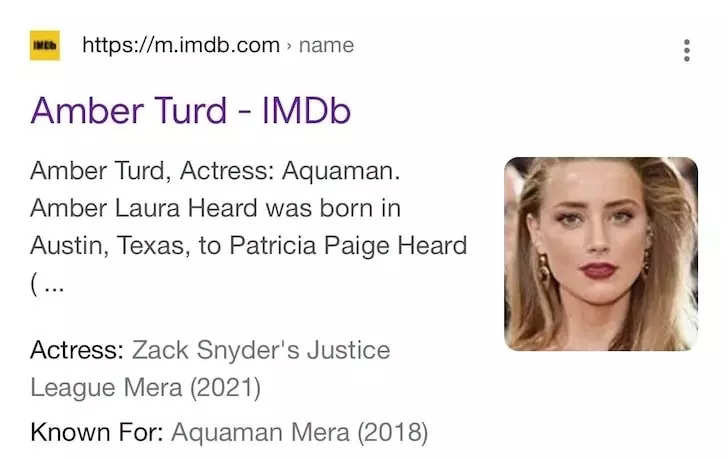 The couple met on the ‘Rum Diary’ set in 2011 and got married in 2015. However, the marriage was short-lived. They split in May 2016 and Heard accused the actor of sexual abuse. Depp denied the claims, and they settled their divorce in August 2016.